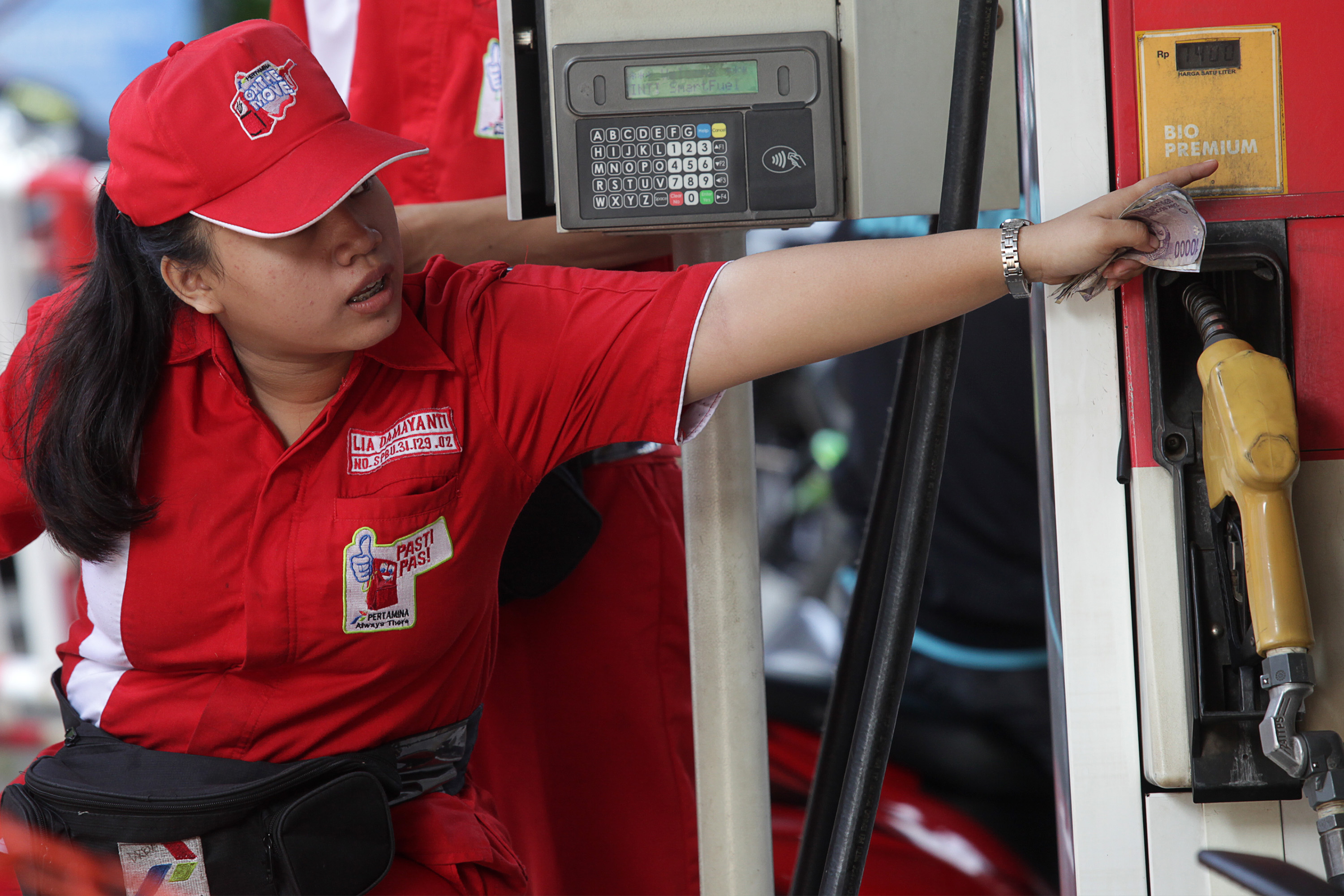 Jakarta - The government and business players have welcomed the announcement by state oil and gas firm Pertamina that it plans to introduce a new grade of gasoline to phase out its low-octane Premium fuel.

Under the scheme, announced late on Thursday, Pertamina will in early May roll out the new fuel, called Pertalite and with an octane rating of 90, and at the same time stop distributing Premium, an 88-octane gasoline, starting in major cities including Jakarta.

The price of Premium was, until the start of this year, subsidized by the government, which has made clear that the price of the new fuel will from the outset follow the market price.

“[Pertalite] won’t be subsidized, but its price will be below that of Pertamax,” Vice President Jusuf Kalla said at his office in Jakarta on Friday, referring to Pertamina’s brand of 92-octane gasoline.

He added the government hoped to phase out Premium completely by 2017, as part of a recommendation by a presidentially appointed task force charged with finding ways to restructure Indonesia’s inefficient oil and gas sector.

Premium gasoline has long been the most visible face of that inefficiency, retailing at artificially low prices to affluent car owners even as the government insisted that the subsidy was targeted at helping the poor — many of whom cannot afford a motor vehicle.

President Joko Widodo has made ending the subsidy and allocating the savings to infrastructure development, health care and education programs a cornerstone of his presidency.

His first major policy initiative, less than a month after coming into office last October, was to raise the price of Premium, before eventually ending the subsidy altogether at the start of 2015.

The ultimate goal is to completely phase out Premium, and the introduction of Pertalite allows for a smooth transition, Energy and Mineral Resources Minister Sudirman Said said.

He noted that because Premium was the most widely used fuel in the country, Pertamina was obliged to prioritize funding and resources to secure sufficient supplies from overseas.

Pertamina is unable to produce Premium domestically. Instead, it refines even lower grade of gasoline and blends it with imported — and costly — 95-octane fuel to get Premium.

“With this transition, we’ll be able to shift fully to domestic [refining] capacity and improve the government’s management of fuel production and distribution,” Sudirman said. He added motorists should welcome the new fuel, which burns more efficiently and cleanly because of its higher octane number.

Sofyan Djalil, the coordinating minister for the economy, also welcomed the plan and said Pertamina had the government’s full support to proceed.

However, he warned that over the short term the plan would be costly, given that all of Pertamina’s existing refineries would have to be overhauled to be able to refine the new fuel.

“Upgrading the refineries will take a lot of money,” he said as quoted by Detik. “For a refinery with a production capacity of 300,000 barrels a day, we’d need an investment of more than $10 billion. And it would take three to four years.”

Motorists long used to cheap prices at the pump will have to pay more for Pertalite. Pertamina marketing director Ahmad Bambang said it would cost more than Premium, at Rp 7,400 (58 cents) per liter, but less than Pertamax, at Rp 8,600.

While the transition from Premium to Pertalite at Pertamina gas stations is expected to roll out gradually, the shift will be more accelerated in Jakarta, according to the Association of Private Gas Station Owners (Hiswana Migas).

“As of May, there won’t be any more Premium in the Jakarta area,” said Juan Tarigan, the head of the Jakarta, West Java and Banten chapter of the association. “We don’t have an exact date, and we’re also drawing up the technical details.”

He added that it would take about two days for gas stations to deplete their stocks of Premium from the last shipment, after which they would clean out their tanks and fill up with Pertalite.

“That way, there’s no need for additional investments to start pumping the new fuel,” he said.