The US's West Texas Intermediate (WTI) for December 2015 shipment was experiencing a US$1.09 decrease to a level of US$45.20 per barrel at the New York Mercantile Exchange, according to AFP report.

Meanwhile, the Brent North Sea for December 2015 shipment was experiencing a US$0.86 decrease to a level of US$47.85 per barrel at the London trading floor. The United States commercial oil supply increased by eight million barrels, totalling a 476.6 million barrels as of October 16, 2015, as reported by the United States Department of Energy in its weekly report. The increase was twice higher compared to the 3.75 million barrels expected by the global market, according to analyst as reported by Bloomberg News. 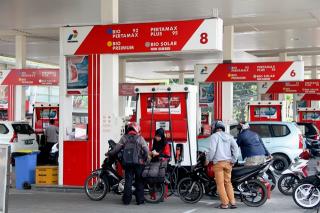