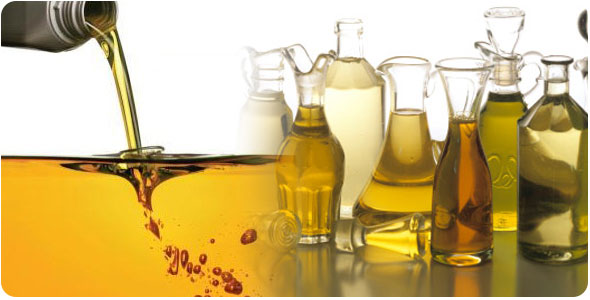 With few exceptions, high-viscosity base oil prices in Asia continue on an upward trend – supported by healthier demand and tightening supplies – while the market for low-vis cuts appear to be firming as well.

Spot transactions for base oil grades such as API Group I solvent neutral 500 and bright stock, and Group II 500/600 neutral have been concluded at steeper levels in recent weeks compared to a month ago, sources said this week. The higher spot values have encouraged Asian producers to seek increases on their list pricing.

In Taiwan, Formosa Petrochemical is understood to have raised its Group II domestic list prices for April shipments, which are quoted in the local currency, the New Taiwan dollar. The producer's 70N and 500N cuts are moving up by an approximate equivalent of U.S. dollars $30-32 per metric ton, and its 150N oil is edging up by a more modest $10-15/t as of April 1.

This is the second consecutive monthly increase sought by Formosa, as the company also lifted its domestic prices in March, following several months of downward price adjustments on plummeting crude oil values and sluggish base oil demand.

Last month, Formosa revised its 70N and 150N cuts up by an equivalent of about U.S. dollars $20/t, while the producer's 500N was raised by about $30/t. The increases were partly prompted a regional supply tightening as Formosa undertook a month-long turnaround, which was completed at the end of March and took significant volumes of Group II oils out of the market.

Similarly, a major Southeast Asian refiner will be increasing its ex-Singapore list prices in April, according to sources. The refiner will be lifting its Group I SN500 and bright stock by $40/ton, while its Group II 500N will be raised by $25/ton, with an effective date of April 11, sources said.

The producer's list prices for its Group I SN150 and Group II 150N will be left intact, sources added. The producer does not offer comments on its price adjustments.

Heavy-vis cuts have seen requirements flourish in the last few weeks, and spot prices for those grades have therefore been moving up faster than for other grades, sources explained. At the same time, some low-vis cuts are suffering from reduced availability because producers had cut back operating rates in the previous months due to oversupply issues, coupled with shrinking margins.

Some sellers had also resorted to selling low-vis cuts as part of a bundle with more sought-after heavy-vis oils, allowing suppliers to attain more balanced inventories.

In Japan, the base oil price reductions seen in other areas seem to have lagged because contracts are negotiated on a quarterly basis and are often linked to cost, insurance and freight (CIF) rates for crude oil imports. According to sources, Japanese suppliers will be lowering prices in the April-June period. JX Nippon was understood to be reducing its prices by about ¥28 per liter; Idemitsu by ¥27 per liter; Cosmo Oil by ¥21 per liter.

South Korean supplier SK has also dropped prices into the Japanese market by ¥20.5 per liter for April-June and S-Oil is also heard to be considering price adjustments. The price revisions could not be confirmed with the producers.

On the finished lubricant front, the situation was different in that there was a combination of decreases and increases noted for the next couple of months. JX Nippon was understood to have dropped prices by ¥54 per liter in March and Idemitsu by ¥60 per liter. However, both suppliers will be lifting pricing in April, with JX raising values by ¥7.2 per liter and Idemitsu by ¥14 per liter.

At the same time, independent blenders' adjustments lag other suppliers' revisions, with blenders announcing 15 to 20-yen price reductions as of April 1, according to sources.

Base oil demand in the domestic Japanese market remains rather lackluster, and the market is "saturated," sources said, with the drop in base oil prices not appearing to have had much on an impact on requirement levels.

In related news, Brazil's state oil company Petrobras announced that it would be shutting its 100,000 barrels per day refinery on the Japanese island of Okinawa at the end of the year due to the country's shrinking demand for fuels, according to international media reports.

Petrobras had acquired an 87.5 percent stake in Nansei Sekiyu, which owned the Nishihara refinery on Okinawa, from Tonen General Sekiyu. In 2010, the Brazilian oil company purchased the remaining interest from trading house Sumitomo Corp., with the aim of supplying Okinawa and gaining access to other Asian markets, more specifically, China.

Petrobras has promised the Japanese Trade Ministry that it would expand its marine terminal to facilitate the import of oil products from South Korea and other Japanese oil refineries into Okinawa, and that it will be selling the facility to another oil marketer.

In terms of base oil prices in Asia, numbers were assessed stable week on week, although upward pressure prevails on high-viscosity oil values given climbing bids and offers, tightening supply, and increased demand. On an ex-tank Singapore basis, Group I solvent neutral 150 prices were assessed at $660-$680/t, and SN500 was heard at $680-$720/t. Bright stock was hovering at $1,020-$1,060/t. These indications will be revised up once the increases by a major Southeast Asia refiner go into effect on April 11.

On the shipping front, a number of inquiries were made to move base oil from South Korea, with a 2,000-metric ton cargo of two grades being discussed from Yeosu to Taichung, Taiwan, for Apr. 10-15 shipment. A 500-ton lot of 600N was also on the table for Yeosu to Taichung for April 11-20 dates. A combination cargo of 5,000-ton benzene-toluene-xylene plus 3,000 tons of two base oil grades was being worked on for Yeosu to Jiangyin and Nantong, China, for April 5-10 lifting. A 3,000-ton parcel was expected to be shipped from Onsan to Dongguan, China, between April 4-12.

In Japan, a 2,000-ton lot was expected to be shipped from Yokkaichi to Manila, Philippines, in mid-April. A 2,500-ton cargo was on the table for Mizushima to Hong Kong for May 5-9 lifting.

Upstream, May ICE Brent Singapore futures were trading at U.S. $56.08 per barrel in afternoon trading on April 6, compared to $56.33 per barrel on March 30.