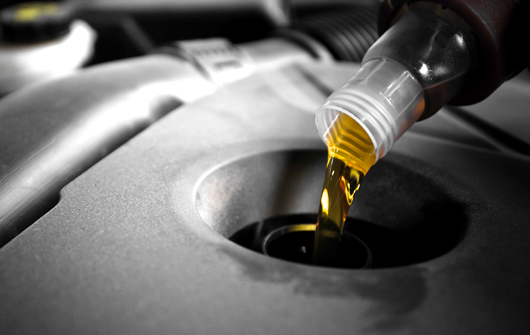 Prices for high-viscosity base oils in Asia had remained steady in recent weeks, but some heavy grades finally succumbed to downward pressure, undergoing markdowns along with low-vis oils.

Within the API Group I category, bright stock had been one of the few grades that has not undergone price fluctuations this summer, but softer market conditions have finally made it budge.

Tight supply of bright stock, along with other heavy-viscosity grades such as Group I solvent neutral 500 and Group II 500/600 neutral in Asia, Europe, and the United States, had supported a stable to firm pricing structure.

However, falling crude oil and feedstock prices, together with prospects of declining demand in the next few months, are currently impacting even these grades.

Crude prices fell to levels not seen since March 2009 during the week, following a sharp drop of Chinese shares, which dragged down U.S., Asian, and European stocks, as well as emerging market currencies and commodities. Additionally, analysts believe crude values will continue to be weighed down by a growing global oversupply of oil.

Late August bright stock spot prices were heard to have slipped by around U.S. dollars $10 per metric ton from July numbers during the week, with bids mentioned around $1,090-1,100/ton FOB Asia and offers at around $1,100-1,110/ton FOB.

Despite the softer market conditions, suppliers remained fairly confident that bright stock levels would not decline too rapidly, as this cut is not easily replaced with lower-priced alternatives.

On the other hand, participants commented that the price premium usually seen between Group I and Group II oils has been minimal to non-existent over the last few months, and those consumers that are able to utilize Group II oils in Group I applications have done so because prices are hovering at similar levels.

Also within the Group I segment, SN500 has lost ground, with prices seeing drops of $10-15/ton compared to July values.

Lower SN500 values were especially evident in India, where the presence of attractively-priced Middle East material was exerting pressure on local product and other imports. Middle-Eastern product was heard to be plentiful due to the slowdown brought about in July by the Ramadan holiday.

August prices of SN500 were discussed at levels $5-10/ton below those seen in July, with numbers hovering at around $560-590/ton CFR India, according to sources.

The light-vis grades continue to be in abundant supply in Asia, and some producers have trimmed production rates in order to attain more balanced inventory levels.

In South Korea, it was heard that producers S-Oil, Hyundai Oilbank-Shell and GS Caltex had lowered refinery run rates since July, and several base oil plants in China were also heard to be running at slightly reduced capacity.

Asian base oil price assessments have been revised for a number of cuts on lower buying and selling ideas this week, while a few grades remained unchanged.

There were no revisions for the Group III cuts, although they were also exposed to downward pressure, but trading was generally thin. The 4 centiStoke and 6 cSt oils were holding at $910/t-$930/t FOB Asia, while the 8 cSt grade was steady at $680/t-$700/t FOB Asia.

The shipping segment seemed to have awoken from a brief summer slumber, with numerous inquiries to move product ex-South Korea flooding the market this week. A 1,600-metric ton parcel of two grades was quoted for Yeosu to Tanjung Priok, Indonesia, for Sep. 8-12 lifting. A 600-ton lot was on the table for Yeosu to Taichung, Taiwan, for Sep. 1-5 shipment. A 1,000-ton cargo of two grades was likely to move from Yeosu to Ho Chi Minh, Vietnam, also on Sep. 1-5. A second 1,000-ton lot of two grades was mentioned for Yeosu to Merak, Indonesia, for Aug. 25-29 shipment, while a 1,500-ton parcel was quoted to cover the same route, but on Sep. 3-7 dates.

In industry-related news, port operations in Tianjin, China, which were suspended last week after a deadly blast at a warehouse filled with explosives, have mostly resumed, although some terminals are still not operational, according to media reports. The port authorities have also banned the movement of hazardous goods into and out of the port.

Upstream, October ICE Brent Singapore futures traded at $44.22 per barrel in afternoon trading on Aug. 20, compared to $50.06 per barrel for September futures on Aug. 13.