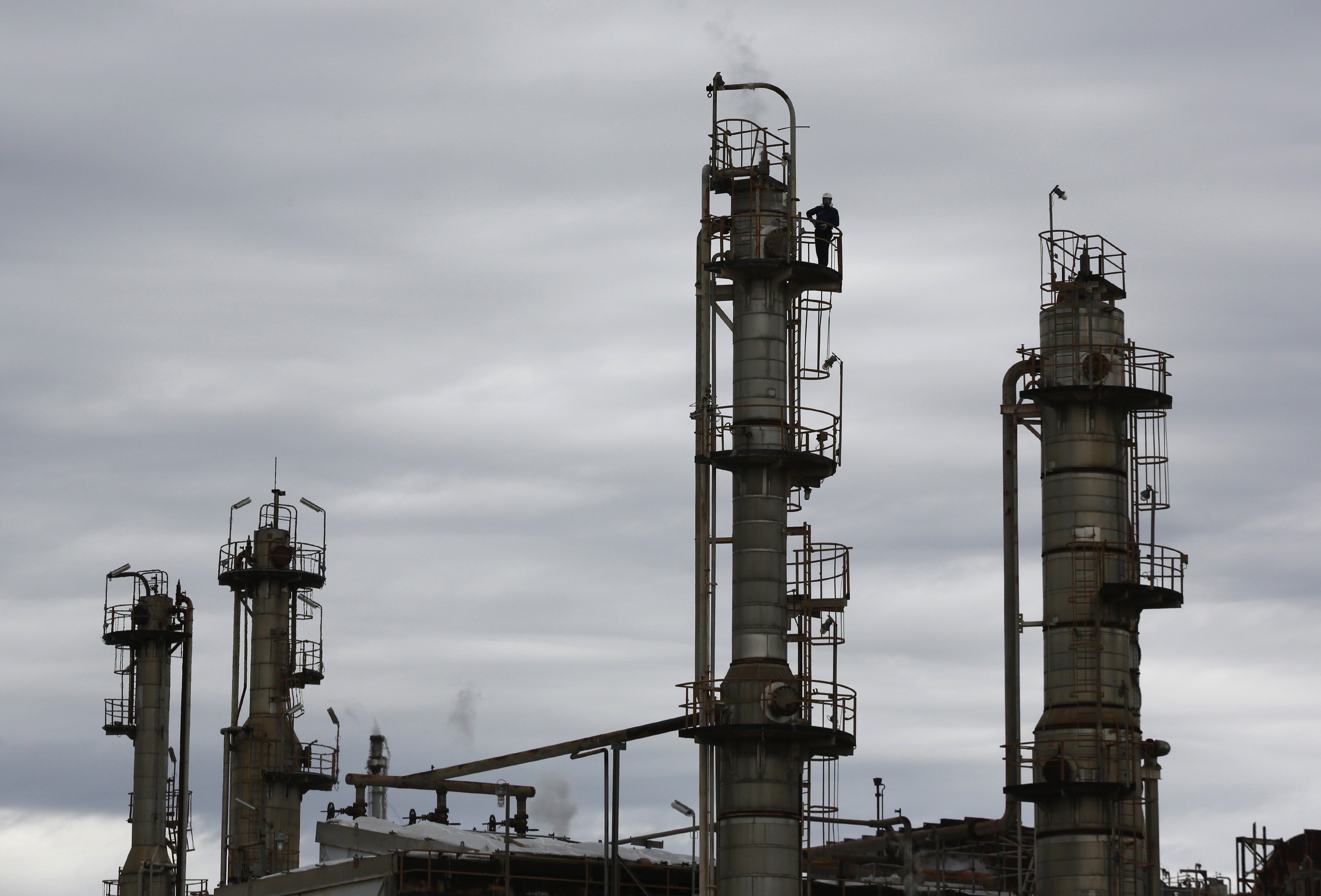 Oil was also pressured by a sharp increase in U.S. drilling activity with data on Friday showing producers added 21 rigs last week, the most in over a year, suggesting a ramp up in output as crude futures recovered from six-year lows seen in the first quarter.

A weaker dollar on Monday cushioned some of oil’s losses as crude and other commodities denominated in the greenback saw higher demand from users of the euro.

“The combination of the Chinese stock market rout and creeping crude glut is weighing on oil,” said Carl Larry, director of business Development for oil and gas at Frost & Sullivan.

“That said, Brent’s still seeing support above $50 and U.S. crude is staying above $45. There’s a lot of hedging going on at those levels.”

Technical analysts, however, said U.S. crude could lose another $15 or more, falling below the lows of the 2007-2009 financial crisis, if the dollar started rallying again on talk of a U.S. rate hike while the oversupply in oil persists.

Exports from Iraq’s southern oilfields were on track for a monthly record, having topped 3 million barrels per day so far this month.

Hedge funds and other money managers slashed their net long positions in Brent for the first time in four weeks in the week to July 21, data showed.

“In the next couple of months, even if the global oversupply and seasonal weakness are becoming priced in, it is difficult to see where any price uplift will come from,” said Societe Generale oil analyst Michael Wittner.