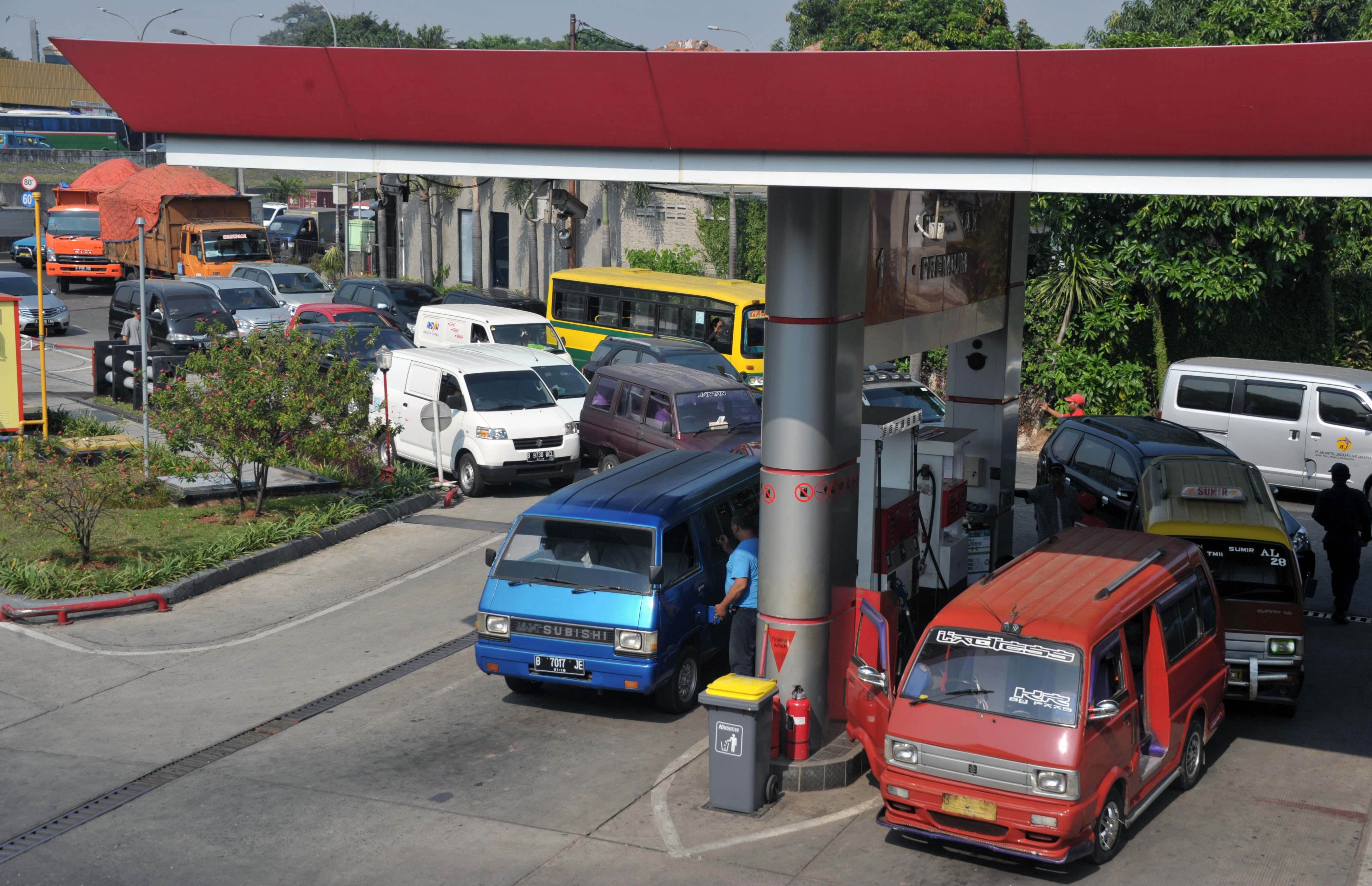 Jakarta - The Indonesian government has announced that the price of subsidized Premium fuel, a widely used low-octane gasoline, and subsidized diesel will stay steady this month despite the global crude oil price decline, a minister said on Friday.

Energy and Mineral Resources Minister Sudirman Said said the price of Premium for Java, Madura and Bali islands will stay at Rp 7,400 (54 cents) per liter and at Rp 7,300 per liter outside of the three islands, while the price of subsidized diesel (Solar) will remain the same at Rp 6,900.

“There will be no change in the price of [subsidized] fuels,” said Sudirman in Jakarta on Friday.

In an effort to maintain economic stability despite the decline in global prices, the minister said the government would not allow the price of the subsidized fuels to fluctuate rapidly.

He also said state energy company Pertamina, which distributes the two type of fuels, still posted Rp 12.5 trillion in losses in distributing the two subsidized fuels in the January to July period.

The loss was attributed to debts accumulated by the company as it has to sell subsidized fuels below costs.

The government has found that price setting for fuel is better done every six months, and changes will be unlikely in the coming months.

“In November, it will be decided how it will be managed,” Sudirman said.

Agus Cahyono, a director for oil and gas development at the Ministry of Energy and Mineral Resources, said the government would create a so-called “stabilization fund” to ensure it has buffer funds to deal with fluctuating oil prices and maintain retail stability in domestic markets.

“For this year, it hasn’t been budgeted in the state budget, it will be discussed for the 2016 budget,” he said.

He added the stabilization fund shouldn’t be seen as a subsidy, as it will only serve to help stabilize the fuel price so that the private sector can make long-term calculations needed for business planning.