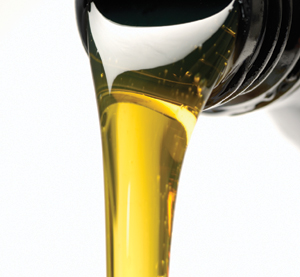 An upward price trend is still evident in the base oil market in Asia, punctuated by producer increases on spot and list prices, and supported by steady demand and a rebound in crude oil costs.

Base stock suppliers have increased spot prices several weeks in a row since March, reflecting a tightening demand-supply scenario and a steady stream of orders, particularly for the heavy-viscosity grades.

Aside from an uptick in seasonal demand of base oils due to heightened sales of automotive and industrial lubricants, upcoming maintenance shutdowns at several of the region’s base oil plants have driven buyers to secure extra volumes of base oil.

Within the API Group I segment, bright stock has seen demand peak during the spring season, and availability was reported to be particularly tight in China and Taiwan, given last year's closure of the CPC-Shell Group I plant in Kaohsiung, Taiwan, the sole producer of bright stock in that country and an important exporter to China.

A couple other Group I facilities are expected to undergo maintenance in Asia in the spring and summer months as well, limiting bright stock availability even further. In Japan, one of JX Nippon's plants was heard to be off-line undergoing a five-month turnaround, which started in late April. JX Nippon operates two plants in Mizushima, Okayama prefecture, and they have a combined capacity of approximately 390,000 tons per year of Group I oils, according to Lubes'n'Greases Guide to Global Base Oil Refining. There was no producer confirmation forthcoming about the turnaround schedule.

Also in Japan, Cosmo Oil is understood to have slated a one-month turnaround at its plant in Yokkaichi, Mie prefecture, in June. The unit has a capacity of 180,000 t/y of Group I oils. While the Japanese producers focus mostly on the fulfillment of domestic requirements, a significant portion of production is also exported. However, export volumes are expected to be reduced over the next few months due to the shutdowns.

In South Korea, S-Oil’s Group II plant in Onsan is scheduled for a one-month turnaround in July, while the company’s Group III unit is expected to be taken offline in October. Capacity of the plants is slightly over 1 million t/y and 880,000 t/y, respectively.

These turnarounds come after two major shutdowns in recent months – at Formosa Petrochemical’s Group II plant in Taiwan in March and April and SK Lubricant’s Group II unit in South Korea. There was also talk that some producers may cut back production to attain better balance of inventories because demand for the low-viscosity grades is not very strong and supply is long.

The current tight conditions for some of the most sought-after heavy ends, together with the output reductions, have led producers to gradually move up spot and list prices. While there has been a certain degree of resistance to the higher indications, buyers have mostly accepted the steeper prices given the need to replenish stocks and the dwindling availability of certain grades, not only in Asia, but on a global scale.

It was heard that a major Southeast Asian refiner would be increasing some of its list prices as of May 22. According to sources, the producer will lift the price of its Group I solvent neutral 500 and bright stock by U.S. dollars $20 per ton and marking up its Group II 500 neutral by the same amount.

Price assessments for Asian base oils were stable to firm this week, with some cuts undergoing upward adjustments in line with current discussions and others staying within the price ranges noted the previous week. On an ex-tank Singapore basis, Group I solvent neutral 150 prices were steady at $660/t-$680/t, while SN500 was assessed up by $10/t at $740/t-$770/t and bright stock was also up by $10/t at the high end of the spread $1,080/t-$1,110/t.

In the shipping market, a few inquiries emerged this week, with a 7,000-ton cargo made up of two grades mentioned for Daesan, South Korea, to Mumbai, India, for May 25-30 lifting. A 1,500-ton lot of two grades was expected to be shipped from Yeosu, South Korea, to Tanjung Priok, Indonesia, on June 5-10. An additional 500-ton parcel was on the table for Yeosu to Taichung, Taiwan, for June 10-15 lifting. A 1,000-ton cargo of two grades was also discussed for Yeosu to Ho Chi Minh, Vietnam, for June 10-20 shipment.

A 2,000-ton lot was being worked on for Singapore to Chittagong, Bangladesh, for lifting at the end of May or early June. Lastly, a 3,000-ton cargo was still being discussed for Cilacap, Indonesia, to Tianjin, China, for May 20-30 shipment.

Upstream, June ICE Brent Singapore futures were trading at $67.18 per barrel in afternoon trading on May 18, compared to $65.53 per barrel on May 11.