Apr 13, 2015The HoA of Mahakam Block will be Signed Next Week 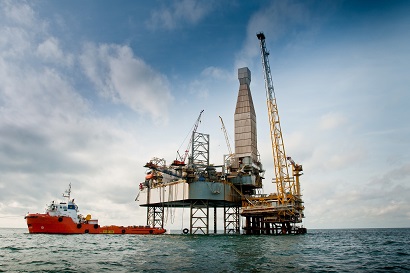 Jakarta – The finishing of Mahakam Block cooperation contract is continuing. The Head of Agreement (HoA) between PT Pertamina, PT Total E&P Indonesia and PT Inpex will be signed next week as a legal basis during the transition.

“Perhaps transition is considered too hard, but Pertamina does need to enter immediately to understand the data, human resources, and technical aspects, so by Januari 1st, 2018 Pertamina will have been ready as the new operator,” said the Minister of EMR, Sudirman Said in a meeting with Commission VII for House of Representatives (DPR), Wednesday (8/4).

After the signing of the HoA, both sides will agree the proposed transition stages hopefully finish within the next two years, so by January 2018 both could sign the new contract. The Minister explained that the negotiation between the Government, Total, and Inpex works well. The Government has also given an explanation to Total and Inpex that the Government will become the new operator starting by January 1st, 2018 and all sides should be prepared. Interaction with all sides has been done since November 2014. “We had dialogues to smoothen the process,” said Sudirman.

Sudirman also explained that since 2009, the Government has proposed it is willing to be the operator of Mahakam Block, but not yet any decision. Next, in the era of Kabinet Indonesia Hebat in November 2014, the data opening was performed and the Government gave the proposal. Based on the result of evaluation, Pertamina is considered ready to be the operator.

Concerning the extension of Mahakam Block, the Government has set targets; formally in January 1st, 2018, Pertamina has to be the operator and own the majority share, not disturbing the process of oil and gas production and also should maintain the whole human resources.

For long-term target, Mahakam Block should be able to fulfill the need both domestic and international. Hopefully, Pertamina could be partnering with Total E&P to have any chance to be in any Total’s blocks abroad. “Only if Total is considered as strategic aspect for Pertamina,” said the Minister.

The last target, the Government will give place for regional through Participating Interest (PI).