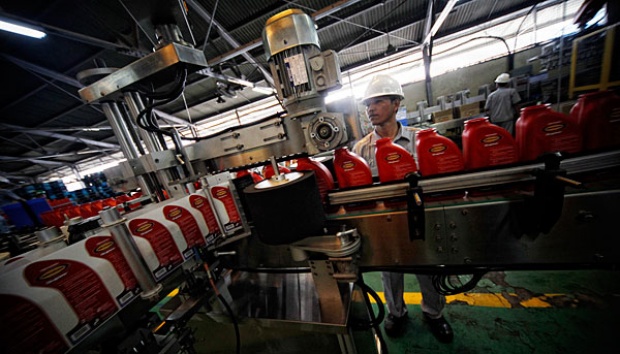 Pertamina Lubricants, a subsidiary of state oil and gas giant Pertamina, aims to expand its production in the next five years by intensifying overseas operations in eight countries, as well as by producing additives to its lubricant products.

According to company president director Gigih Wahyu Hari Irianto, the eight countries that will be the focus of Pertamina Lubricants’ plan to intensify and expand their operations are Thailand, Cambodia, Vietnam, Myanmar, South Africa, Australia, Malaysia and Singapore. The company especially aims to intensify its Southeast Asian market, using its Thailand branch as the center.

Gigih elaborated that in order to make Pertamina Lubricants’ international presence more visible, he plans for the company to intensify operations overseas by cooperating with new partners within their markets.

“For Singapore, for example, we are already strong in the marine segment. By forging new cooperation with firms such as those within cargo and receiver companies, we can fulfill our goal of strengthening our operations there,” he said recently at the Pertamina offices in Jakarta.

In other countries, Gigih also noted that the company’s branch in Thailand will be the focal point for its business expansion into the Indochina region. Pertamina Lubricants’ Thailand branch reportedly produces from 3,000 to 3,500 kiloliters (kl) per year.

Pertamina Lubricants’ manager for passenger cars and retail and marketing, Eko Rizky Susanto, explained that the company is especially trying to improve its presence in Cambodia.

“For Cambodia, we are conducting our research, assessing with whom we can cooperate. I think the operations will be significantly underway by next year,” Eko told The Jakarta Post.

Expansion in the South African market, Eko added, which he has assessed as having very great market potential, will help Pertamina Lubricants expand further into the African market. The company currently works mostly within the automotive segment in South Africa.

Another developmental aim for the company is a plan to introduce new lubricant additives into their product range, which can include technologies such as viscosity modifiers. Galuh said that the company will actively produce the additives within the next five years and predicts that they will be ready for commercial sale by 2017.

The company aims to produce up to 525,500 kl of base oil by the end of the year, in total, which will be helped by its current efforts to increase production capacity within its three production factories in Indonesia.

Pertamina Lubricants has operations in 15 countries around the world. It earned up to Rp 1.15 trillion in net profits so far this year as of July 2015.